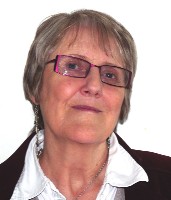 Hello there, and welcome to my web site.

As you may well know, I am a writer and I do some teaching. I used to be a teacher who did some writing.

I’ve always loved stories. When I was younger, I used to make up and act out stories all the time. I used to enjoy reading Famous Five and Secret Seven adventures by Enid Blyton. Oh, I can hear the other grown-ups and especially the English teachers groaning. But they were a jolly good read, and I’m even lecturing about them now at university.

I actually wrote my first Famous Five-style adventure when I was nine. We didn’t have computers in those days, and my precious script blew away in the wind. I was a bit upset at first, but then I realised I had read and reread the story so much that I knew it off by heart. I rewrote it very easily. I remind myself of this every time technology threatens to let me down.

When I was young, we used to go on holiday to Colwyn Bay in North Wales. The mysterious countryside and the dramatic mountains which come down to the sandy beaches created lots and lots of stories in my head. Later – when my own children were at the right age for intriguing adventure stories – similar dramatic mountains, the slightly less sandy beaches and the fascinating folk stories of the Costa del Sol inspired me to create my first full length novel, Jason’s Crystal. Strange explosions on the hill side, awe-inspiring caves, heavy showers in August when it is not supposed to rain, and children who had run out of reading material prompted me to start writing 1,000 words a day and I have hardly stopped since.

Jason’s Crystal led to another, and then another, including Clown School, which which formed part of my MA in Writing for Children, which I gained in September 2000. I’ve continued to write ever since. One of my proudest achievements is having my story The Gift Child included in The Lines in the Sand anthology. All the royalties and profits from that book go to the UNICEF fund for the children of Iraq. Later this year the final part of my Peace Child trilogy comes out – The Tower. The first novel formed part of my PhD in Creative and Critical Writing.

I now write mainly for young adults, and I also write some flash fiction and short fiction for adults. I’m always interested in other cultures – I used to be a language teacher. I read lots of books written in other languages, and part of my work as a lecturer in Creative Writing at the University of Salford involves me in a project in creative writing in other languages. I still sometimes go into schools and work with students.

Cats have always had a great influence on me. We’ve always had cats. I’m sure they give me dark looks when I don’t settle down to my writing quickly enough. And smoothing a cat is very calming when you have to finish something in a hurry, or you’re stuck. The cat we have now is adopted. She was introduced to us by our grown up daughter. There are a few stories I could tell you about her Like the day when... No. You’d better wait until I’ve put that into a book. Her name is Magic. Don’t you think that’s a great name for a children’s writer’s cat?